Was Elantris (the book) the first time Hoid has even been to Sel. If not, how deep is his connection with the Enefel(s)? ;) and was Hoid on good terms with Aona and Skai before their deaths?

Is Cultivation 'broken' in some way? 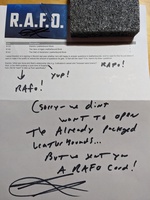 Does Aona equal Love or Compassion?

You have it, it's just a synonym there. You basically have it

Does Skai equal Devotion or Order?

You're not on there. But you are on on the first one [Aona].