Could an Augur Compound Health out of a goldmind if its proper owner messed with Identity in the right way? 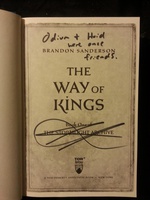 He asked for "Something juicy about Odium that no one knows about yet."

Odium and Hoid were once friends. 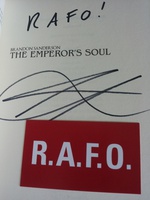 I asked if he could give me a new hint on aluminium's special properties/interactions with the metallic arts. 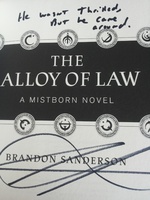 I asked what Kelsier thought of them putting Elend on the throne/how that changed.

He wasn't thrilled but he came around.

Have we seen the Ones Above before they gained space flight and when does Sixth of Dusk take place cosmere timeline wise?

Yes,+it is the most "future" you have seen.

Could a person Soulcast more atium and lerasium if they had a bead? 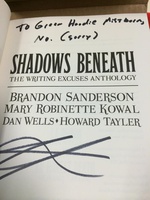 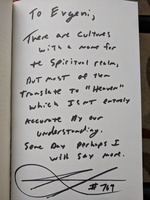 We know that the Cognitive Realm is called Shadesmar, because in the language of the people who "coined" the term, "shadesmar" translates loosely to "cognitive realm." Is there a similar name/phrase for the Spiritual Realm we could use?

There are cultures with a name for the Spiritual realm, but most of them translate to "Heaven" which isn't entirely accurate by our understanding. Some day perhaps I will say more.